Hundreds of Syrians took to the street of Aleppo western countryside’s Anjara on Sunday (Oct.15) to reassure their peaceful demands of toppling Assad regime.

Orient News’s Abrahim al-Kateeb, met some of the participants who all had the same anti-Assad message.

This is a new chance that Syrians grasp to assure their demands of toppling Assad regime, Ibrahim al-Kateeb said. 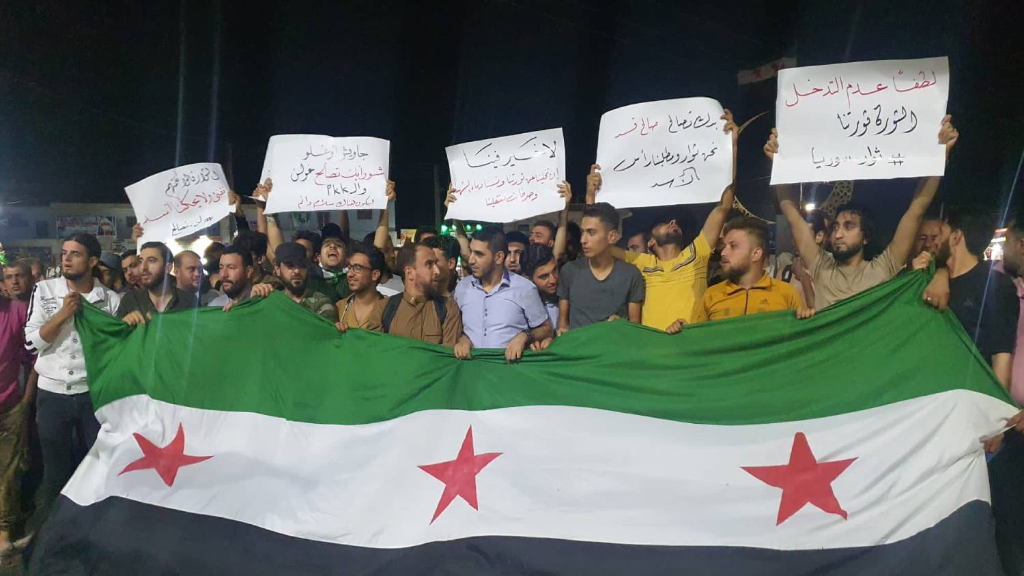