Meanwhile,“Cairns Post” reported Crystalbrook Collection owner Ghassan Aboud unveiled his 130 million redevelopment plans of Bellview Hotel as his real estate industry was preparing  for a surge in construction and property prices in Australia.

The Dubai-based Syrian billionaire Ghassan Aboud’s planned to invest 130 million dollars into a new hotel and residences at Port Douglas after snapping up the Reef Marina at the Northern Queenland destination, according to the FINACIAL REVIEW.

Crystalbrook already has more than 370 million dollars invested across three hotel developments in the Australian city of Cairns and is adding a fourth to its growing portfolio after signing contracts for the Reef Marina on Wednesday (Sep 27).

Its new name, Crystalbrook Superyacht Marina, alludes to the vision of bringing Port Douglas back to its heyday when it was the go-to location for the world’s wealthiest holiday-makers.

As well as the upgrading the marina to a world-renowned level, Mr Aboud says he will deliver a 100-room boutique hotel, 50 top-tier apartments and a wealth of enhanced retail and dining areas.

“With our plans, we believe we can redefine the Australian marina experience and ensure Port Douglas is an essential-visit location for high-end global travellers,” Aboud said.

Crystalbrook Collection’s CEO Mark Davie said “We have been travelling the world for inspiration. We want to bring to Port Douglas a globally recognised hotel and an incomparable experience for its guests.”

Construction on the hotel and apartment complex are due to start in mid-2018 and finish in 2020. 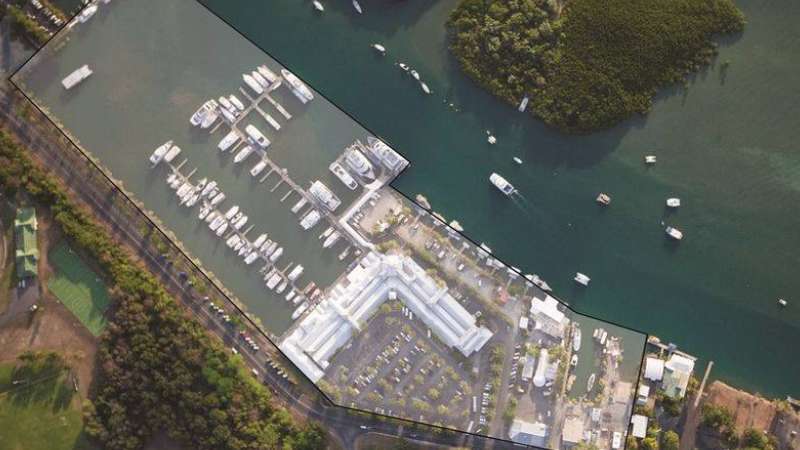 More than 600 jobs are expected to be created during construction, with about 240 permanent positions once the facilities are running.

Douglas Shire Council Mayor Julia Leu said the investment was a major endorsement for the region.

“This is encouraging news for Port Douglas and we look forward to working with Crystalbrook Collection to revitalise the marina precinct,” she said.

“It’s many years since we have seen a development of this size and Crystalbrook Collection have demonstrated with their recent significant investments in Far North Queensland that they mean business and are committed to the ongoing growth of the region.

This investment in the Marina will endorse Port Douglas as one of Australia’s most idyllic getaways and bring great economic growth for the wider community.”

The Marina acquisition is the fourth local project for Crystalbrook Collection, which is already developing three hotels in Cairns.

Port Douglas is a town on the Coral Sea in the tropical far north of Queensland, Australia. It’s known for its beach resorts and as a base for visits to both the Great Barrier Reef, the world’s largest reef system.