Protests in eastern Ghouta, Idlib: “Our revolution is invincible” Demonstrators took to the streets of eastern Ghouta’s Douma and Idlib’s Maaret al-Numan on Friday (March 10), demanding the unification of the fronts against a “ceasefire” that was breached from day one.

Protesters in the town of Maaret al-Numan carried banners on which they wrote words meant for the leaders of the opposition groups, calling for their unity following Russia’s massacres against civilians, including children during the past few days. 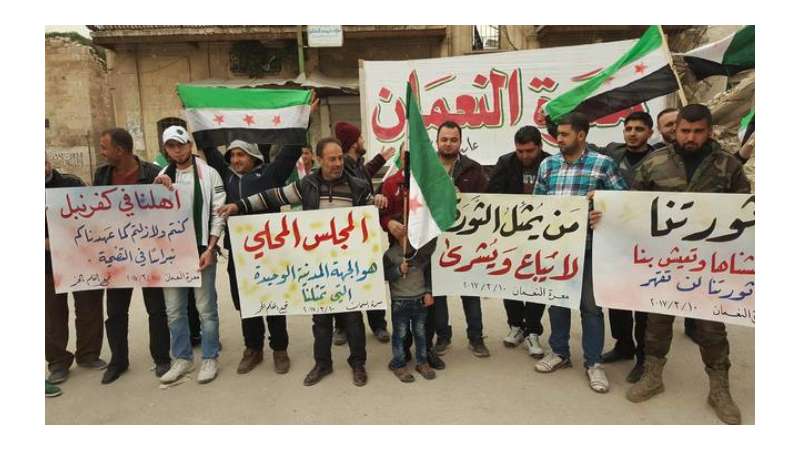 They chanted: “those who represent the revolution cannot be bought or sold.”

The demonstrators confirmed that the local councils are the only civil fronts that represent them, paying a tribute to Kafranbel which Russian airstrikes killed 11 of its civilians on Thursday (March 9) after they targeted the residential buildings of the city’s neighborhoods. 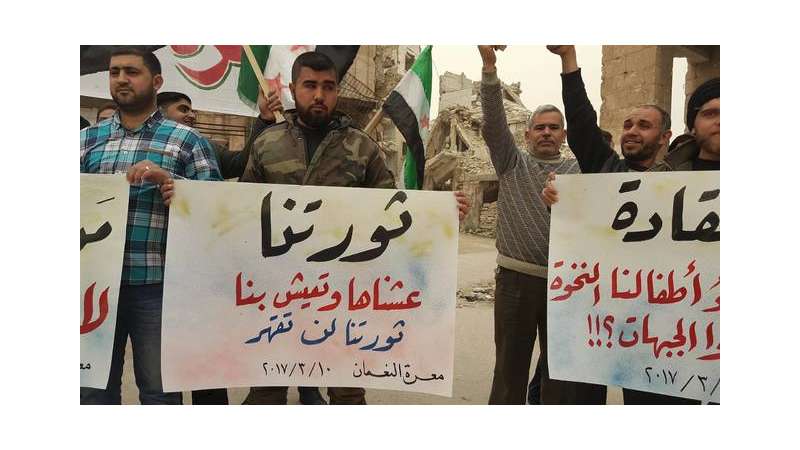 Meanwhile, dozens of protesters took to the streets of Douma demanding the exit of sectarian militias from Syria and condemning the massacres perpetrated by Russia and Assad regime against civilians across Syria. 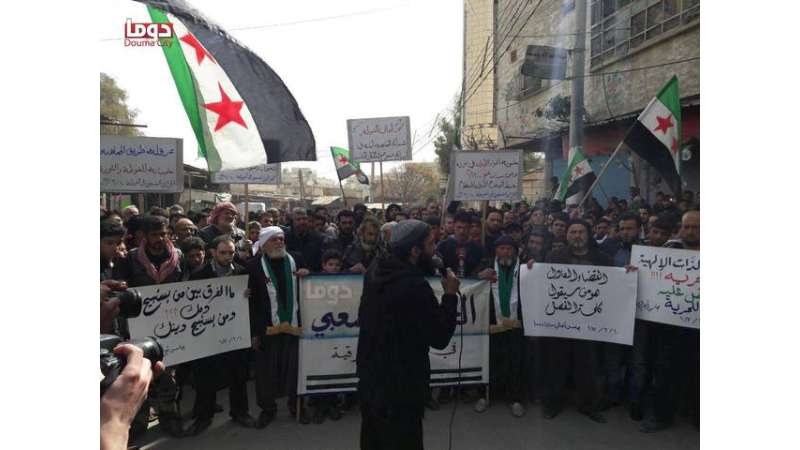 In addition, around a hundred children in Douma city organized a protest demanding their rights for life, education and childhood. They raised the flag of the Syrian revolution and sent out a message to the international community that their innocence is stronger than Assad crimes.