Demonstrators took to the streets of several cities across Syria on Friday (March 3) which they named “He who saves a life, as if he has saved all of humanity."

The civilians named the Friday protests, “He who saves a life, as if he has saved all of humanity,” referencing the White Helmet’s Quraanic moto. The White Helmet’s Oscar winning documentary was a proud moment for many Syrians, especially those who remain trapped under the airstrikes of the Assad-Russian warplanes.

Protesters across Douma in Damascus carried banners in which they stated that east Ghouta, al-Qaboon and Barzeh must remain a united front against foreign militias, stressing on the importance of the popular movement. 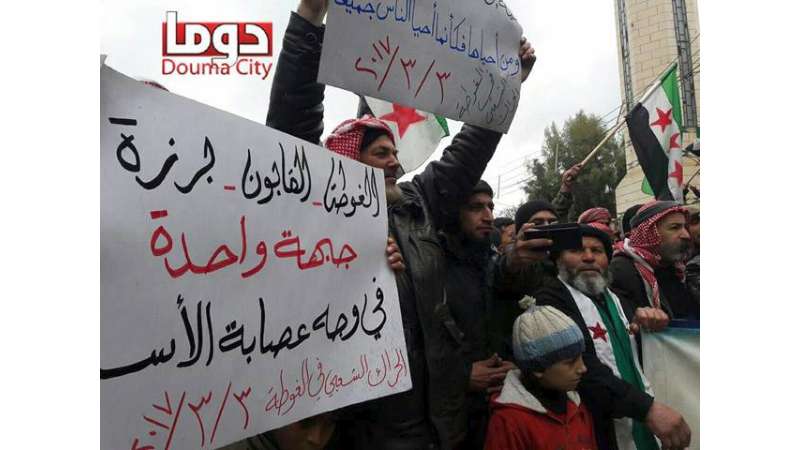 In addition, hundreds of people took to the streets of Hamourya in east Ghouta condemning Assad’s airstrikes on the residential areas located on the eastern side of Damascus, reiterating the continuation of the revolution until the toppling of the Assad regime.

Meanwhile in Idlib’s Maaret al-Numan, hundreds of protesters argued that the negotiations will not be of benefit if they did not put an end to the airstrikes. They raised banners on which they wrote “humanity is absent from the world, but is present in the White Helmets.” 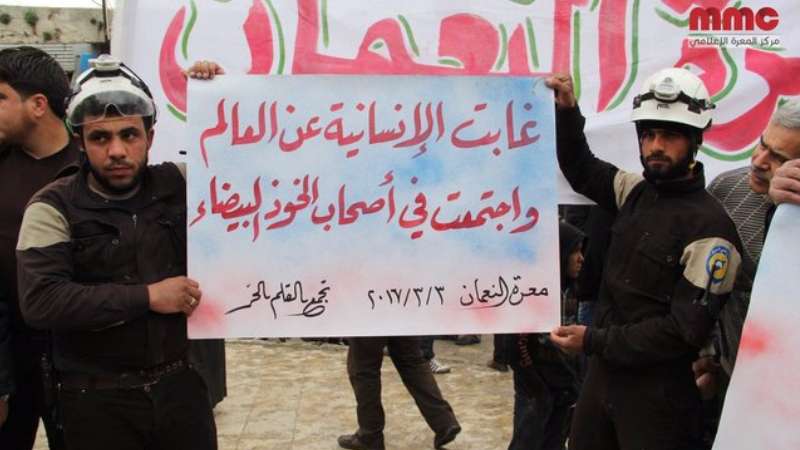 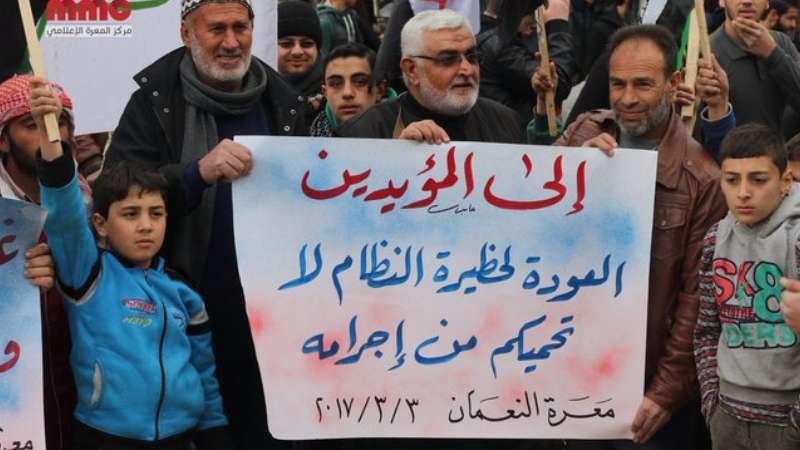 The banner reads: "To the Assad supporters, returning to the regime will not protect you from its crimes." 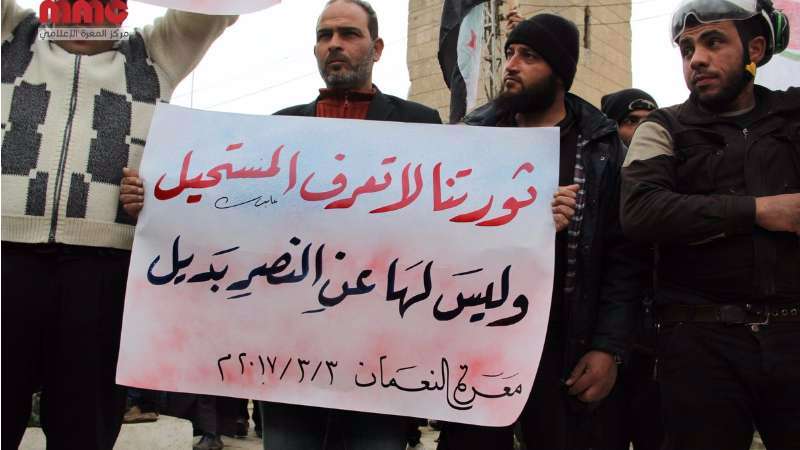 The banner reads: "Our revolution does not know the impossible, victory is its only path."