اورينت نت
Syrian refugees waiting in refugee camps in northern Greece find themselves worrying about their families left behind and the future of their country.

"I have given many interviews to journalists in Idomeni or journalists that come to this camp, but please… I can’t talk about Aleppo. Every time journalists ask me about it I burst into tears. I am sorry," says Hussam with an apologetic look on his face as he turns down DW’s request to talk about his views on the Assad regime’s recent offensive in Aleppo.

The majority of Syrians in northern Greece initially arrived in the country before the EU-Turkey deal which was signed last March. All of them fled because of the conflict in their homeland. All of them have strong opinions on the war that has been destroying Syria for almost six years now. Few of them are willing to express their views publicly. They are either tired of talking to the media or they have families and relatives back home whose lives may be put at risk.

Mohammed lost everything in Aleppo, including his father. That’s when he decided to leave Syria with members of his family. After spending months in different places in northern Greece he is now in Athens and he recently found out that he will be relocated to Spain. However when DW talked to him he was no nearer to knowing when he would be travelling. The situation in Aleppo, he said, had sparked serious doubts about his future. 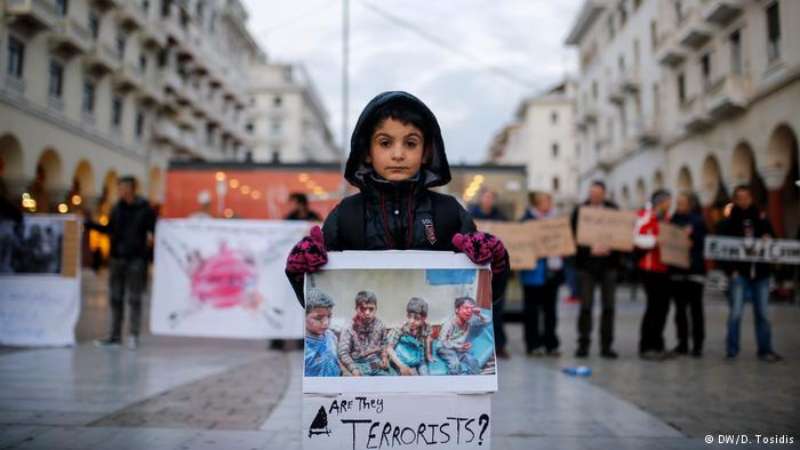 Confusion is a common theme among Syrian refugees in Greece. They understand that living in limbo in Greece while they wait to be relocated in Europe is better than living in Syria at this point yet their home country remains very close to their hearts and always in their thoughts.

’They cannot kill the spring’

With news from Aleppo making the world’s front pages, Syrian refugees in Thessaloniki with the support of Iraqi refugees and international volunteers recently marched on the Russian embassy in order to raise awareness of the situation for their families and friends.

"They are trying to kill all the flowers in Syria but they cannot kill the Spring. The spring is coming. We are here, they cannot kill all the Syrian people," Abdulahli, one of the demonstrators, shouted through a megaphone. Everyone started clapping, followed by an abrupt silence. The children who were present dropped to the cold cement and pretended to be dead - impersonating the children that have died in Aleppo. 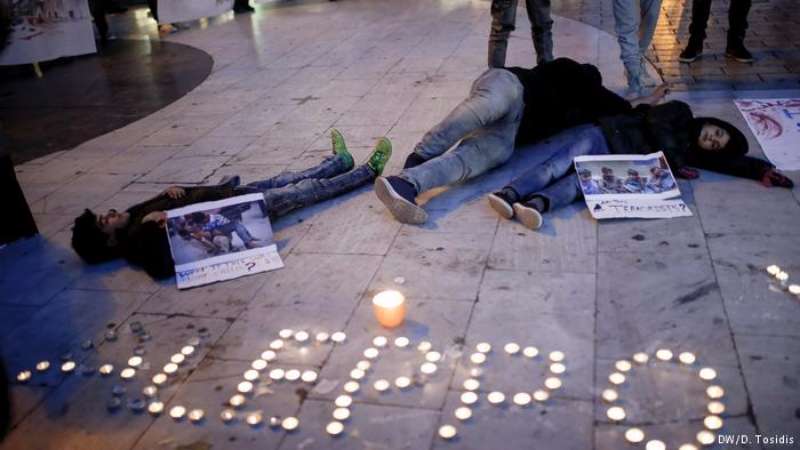 "We just wanted to send a peaceful message to the Greeks and to the world about what is happening in Aleppo. I am from Aleppo. I have family in East Aleppo and I don’t know what has happened," said Abdulahli. "We are here, we may not be in very good conditions but we are safe."

Others predict that a protracted war will only get even more complicated. "The government will first try to take the large cities; Aleppo, Idlib, Deir ez-Zor, then it will move to smaller ones but the conflict in Syria is complicated. To me it seems to be a conflict among powerful countries; for Syria’s resources. I don’t think the war will end soon," said Ali who fled his hometown near the Golan Heights last year.

"No one was expecting what happened with Aleppo and no one can know the outcome of the war. If Assad stays in power he will not have power. Without people he cannot be in power. He doesn’t deserve to be president," continued Youssef from Latakia.