Tens of civilians in the opposition-held enclave of Aleppo went today to streets to protest using the Costello road by the UN to deliver aid supplies to the neighborhoods, Orient News correspondent said.

’By using the Castello road, the international community gives legitimacy to Assad terrorists and their allied mercenaries,’ one of the protesters said.

’Using the al-Ramoseh road to deliver aid supplies - now and in the future - will make Assad and Russian airstrikes on neighborhoods adjacent to it less in intensity and in sorties,’ he added.

Meanwhile, a girl raised a placard which read: ’We refuse using al-Casello road, the road of humiliation.’ 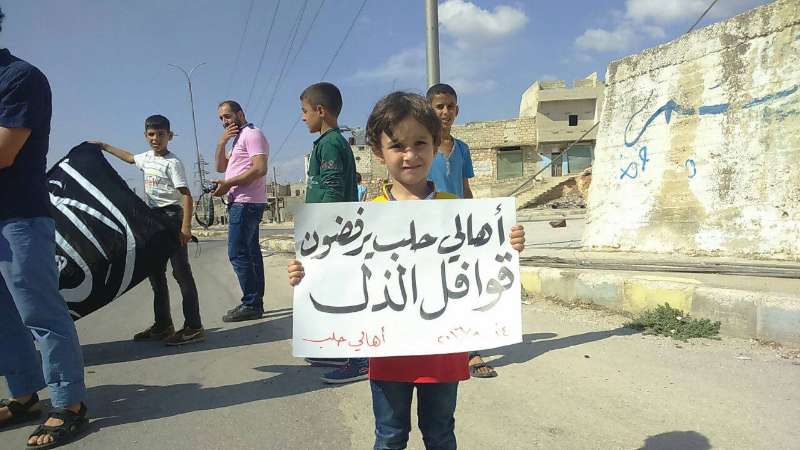 Assad terrorists cut off the Castello road in June. Attempts by opposition fighters to reopen it failed. Residents of Aleppo have found themselves under increasing pressure because the road is important as it’s the only way to get food into the city.