Clashes escalated on Friday between Assad terrorists and the Asayish forces in many areas in the northeastern Syrian city of Hasaka. The clashes left tens of Assad terrorists killed and injured, Orient Net knew from special sources.

Salaeh Jameel, the Director of Public Relations Office in the Kurdish People Protecting Units told Samarat Friday that the Kurdish forces took control of about 95 of the Eastern Nashwa, the College of Economy, the Granary Building, the Civil Registry Building, the Roundabout of the Unknown Soldier and many other areas in the city.

On its side, Assad Army said that the Asayish, the military wing of the Kurdistan Workers Party, has recently escalated its provocative actions in Hasaka city, attacking establishments, stealing oil and cotton, carrying out abductions, and causing a state of chaos and instability.

In a statement on Friday, Assad Army said that these actions took a more dangerous turn as the Asayish encircled Hasaka city, shelled it with artillery and tanks, and targeted Assad Army’s positions in it, claiming the lives of a number of Assad terrorists.

Meanwhile, reports of activists, said on Friday that at least 22 civilians, including nine children, had been killed in the past two days of the clashes.

Thousands of civilians, mostly women and children, were evacuated from the divided city on Friday, said Redur Xelil, a spokesman for the Kurdish People’s Protection Units (YPG). 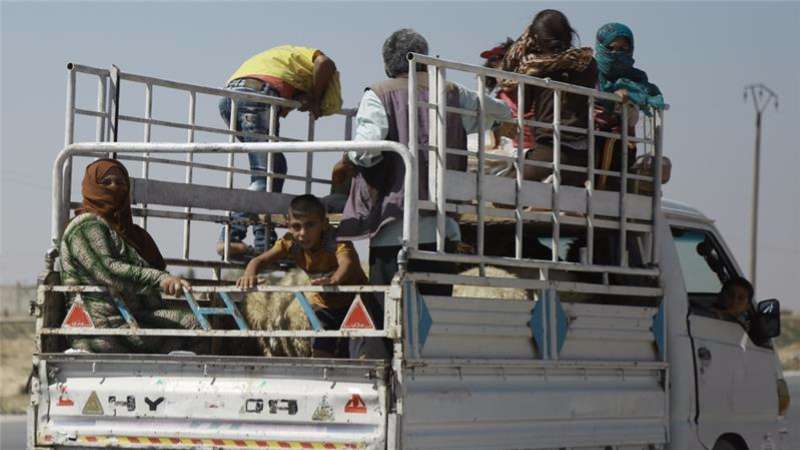 "Whoever can bear arms is fighting the regime and its gangs," Xelil told the Reuters news agency, adding that dozens had been killed in the air raids.